One Thousand and One Nights or The Arabian Nights  is a compilation of traditional tales set in the Middle East during the Islamic Golden Age.

These tales, narrated by Princess Sherezade, tell the legend of the Persian Sultan Sahriyar, to whom his wife was unfaithful. Upon discovering this, the Sultan decided to marry a wife every night and have her executed in the morning. Sherezade prolonged each story until dawn, in such a way that the sultan had to wait until the next night to know the end of the story, which the princess skillfully linked with the next. In this way, she became queen.

Although the first translation dates from the year 1704, it was during the 19th century, when they reached the greatest interest, due to the proliferation of investigations and expeditions to countries such as Persia, Egypt, Syria, Morocco or China. The exoticism of architecture, gardens, fountains, lattice doors, tile decorations, tapestries, rugs, lamps, etc. , have served as an inspiration for numerous books and films. 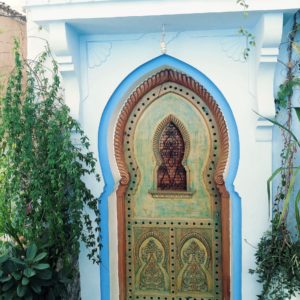 Morocco has become a benchmark for travelers who are looking to learn about oriental culture, gastronomy, customs, and decoration. We’d only have to walk through the streets of some Medinas such as Marrakech or Essaouira, to imagine that we are inside of one of these mysterious settings. It is worth stopping on the tour to observe the details of some doors or windows, some of which, like those in the Kasbah of Telouet, keep interesting secrets. 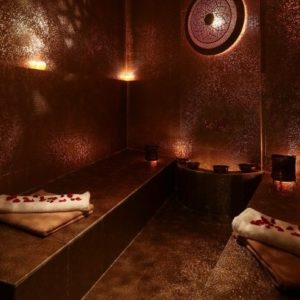 The hotels and restaurants in Morocco are also decorated with all the details to recreate the magical atmosphere that characterizes these stories. Enjoying Moroccan gastronomy in the tranquility of the desert, relaxing in the spa or having dinner while we contemplate the sunset in the Atlantic surrounded by this atmosphere, makes many of our clients, when they leave, confess that they have felt part of some of the The Arabian Nights’ stories.