Dare to lose your time notion in the labyrinth of Marrakesh

Marrakesh, the labyrinthine Red City is one of our favorite destinations to visit. Join us, and discover why it was declaring Heritage of the Humanity.

Marrakesh, whose name in Berber means “God’s Earth”, is also known as “The Red City” by the color of its buildings and constructions. Its mystery and captivation, apart of the places we’ll describe later, made it be declared like Heritage of the Humanity,  (as Fez and Essaouira), on 1985.Its interior, the Medina, stands out by itself. Surrounded by a great red wall with several income, Marrakech’s medina is an extensive labyrinth of alleys, squares and suks. Its Main Jemaa el Fna Square, during the day, is replete with acrobats, musicians, snake enchanters and all kinds of marvels, turning at night into a great mall outdoors.

And talking about  this square and Kutubía Mosque, we will underline a curious detail: his tower was born of the same architect who designed the Giralde of Seville.

Out of the Medina, Marrakech possesses a small botanical garden, where the exotism and the magic from Morocco grow up as vegetables. Also we can find in Marrakech the Medina Palm Grove or the Former Jewish Neighborhood.

One of the props of the life in Marrakesh, is the trade, a fact that turns out obvious when you walk along the streets. With a simple look, the first thing that stands out is the sale of all kinds of handmade articles, being the most interesting the carpets (handmade by the Berbers), the leather, the goldwork, trinkets and precious stones. But what many people cannot see, unless they are accompanied by an already veteran guide in the zone, is the part of the back-rooms. That’s where other one of Marrakesh’ captivations resides, because there it is possible to see every worker making the articles, tinting the wools, the turbans, working the metal and the goldsmiths, tanning the skins … definitively, finalizing even the most minimal detail, in order that the products that are seen in the shop windows have as much quality as possible. Here is the soul of Marrakesh: in his way of living, of working, of devoting its body and soul to his trade and his tourists. Definitively, the Red City is a totally worth place for visiting… but we recommend to do it in hands of a guide, since otherwise it is very easy to get lost in this labyrinth. 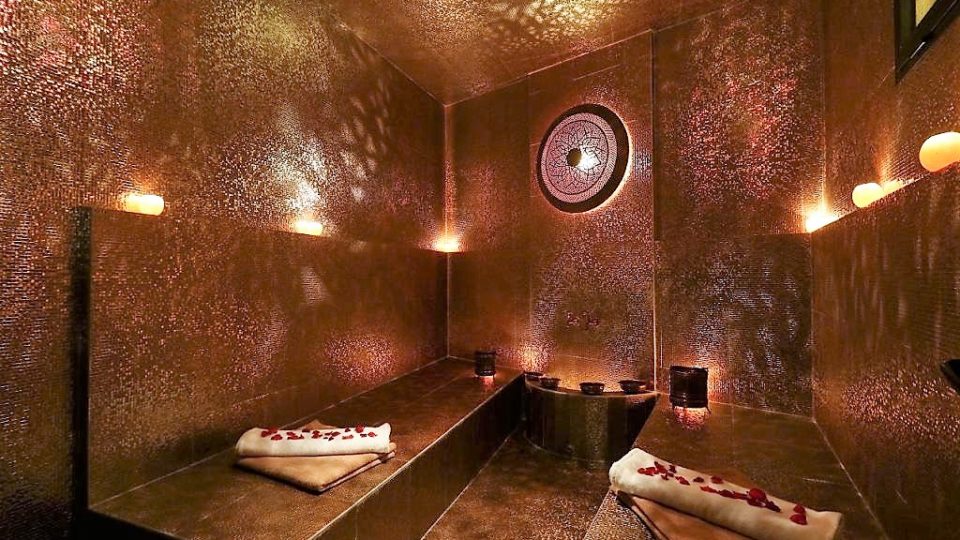